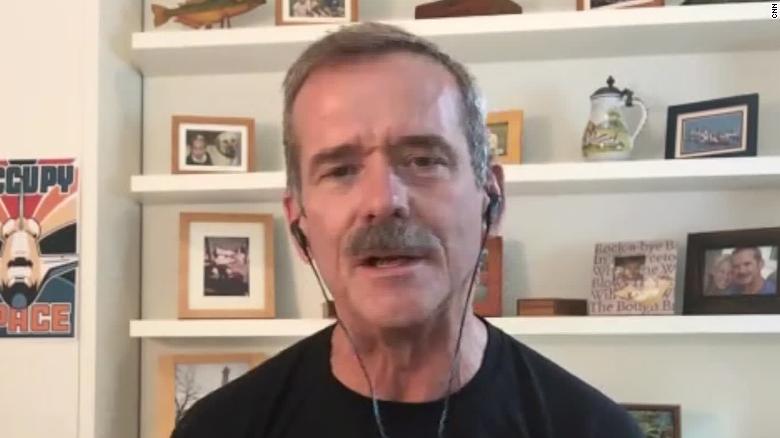 New York (CNN Business)Silicon Valley, its visionaries like Bill Gates and Steve Jobs, and the entire tech revolution may not have happened without the Cold War space race.

President John F. Kennedy’s iconic 1962 speech, directing the United States to put boots on the moon within the decade, set in motion a leap in innovation. In just seven years, America went from lagging the Soviet Union in space technology to planting a flag on the lunar surface.
The Apollo program was the birthplace of the modern tech ecosystem, says Basil Hero, a former investigative reporter and media executive who authored the new book “The Mission of a Lifetime.”
“Without [Apollo], I don’t think the computer revolution would have happened as quickly and on the same trajectory,” Hero told CNN Business. “It would have taken an extra 10 or 20 years.”

NASA’s Apollo program was the first-ever “moonshot.” And the ingredients that led to its success were a whatever-it-takes attitude, loose management structures, and deep funding.
close dialog
Kennedy estimated early on that the first moon landing would cost about $7 billion to $9 billion. But the first thing James E. Webb did when he became NASA’s administrator in 1961 was tell Kennedy to double that amount. It was a move “any venture capitalist who has funded a high-tech startup would understand,” Hero writes in “The Mission of a Lifetime.”
The most common mistake entrepreneurs make is insisting they can launch their companies on the cheap, Hero said. They can end up low-balling their way out of business.
Congress was the Apollo program’s financial backer, writing big checks year after year. Lawmakers even authorized NASA in 1962 to offer “supergrade” salaries so that the space agency could afford to hire the best and brightest, Hero notes in his book.
But, NASA could not lumber along as a bureaucratic regime if it wanted to blast humans to the moon in less than 10 years.
Enter George Mueller. He left a prestigious career at research groups such as Bell Labs to lead NASA’s human spaceflight program in 1963. The space agency’s history office describes him as “a no-nonsense, forward-thinking leader” who “introduced a remarkable series of management changes.”
Mueller created a “flat organization” structure: He cut out middle management and “made sure that the engineers on the front line were able to get their concerns straight up to the top people of NASA,” Hero said. If safety concerns were raised or an idea just wasn’t working out, decision makers listened and quickly shifted course.
“They really did trust people in the lower levels, and the engineers benefited from that,” Hero said.
Today, California’s hive of startups and tech giants, from Facebook to Google, still swear by the same management technique.
“Our goal is to inspire people more than manage them,” Netflix (NFLX) notes in its widely influential workplace culture manifesto. “We trust our teams to do what they think is best for Netflix — giving them lots of freedom, power, and information in support of their decisions.”
Apollo managers also had no problem bringing in young visionaries to take on unprecedented tasks, a move emulated by Silicon Valley and its obsession with young minds thinking outside the box.
Mission Control in Houston, Texas, for example, was an operation that had no precursor, and no one knew how to run it. So its manager, Christopher Kraft, brought in a bunch of ambitious 20-somethings. The average age of Mission Control employees during the Apollo 11 moon landing was just 26, Hero notes.

In terms of computing power, a modern cellphone could outdo the entire Apollo spacecraft, physicist Michio Kaku wrote in a 2011 book.
The digital revolution that followed Apollo was no accident. Microsoft’s Bill Gates and Apple’s Steve Jobs built off computing technology that NASA incubated during the Apollo era, Hero said.
Some of the tech titans that dominate today’s headlines credit NASA and Apollo as a source of inspiration, and a few have Apollo-like ambitions of their own.
Elon Musk, who made a fortune off Paypal (PYPL) and now runs Tesla (TSLA) and SpaceX, declared that he will relentlessly pursue the goal of reviving deep-space exploration technologies with a rocket that can take humans to Mars.
Jeff Bezos, the multibillionaire behind Amazon (AMZN), has brought up the moon landing as a source of inspiration in numerous interviews and public speeches. He’s personally funding his own space venture, Blue Origin, that hopes to be instrumental in returning humans to the moon.